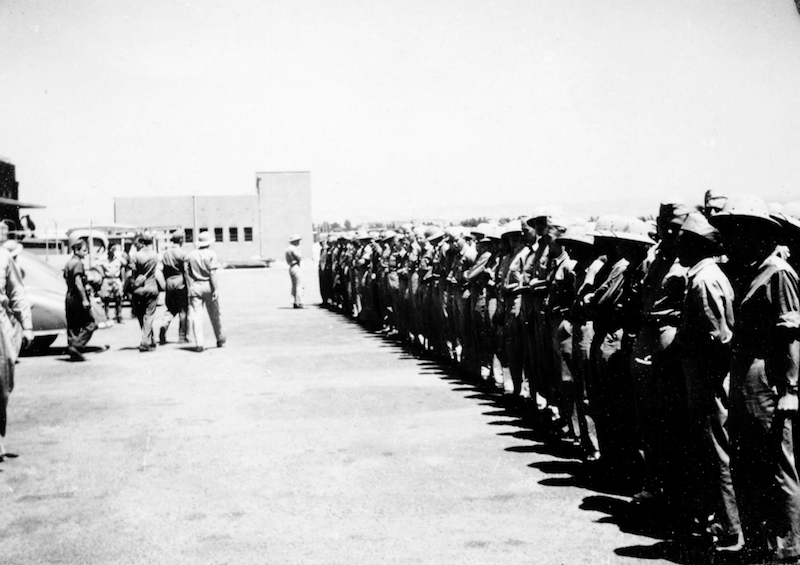 The Heavy Bombardment Group, now known as the 376th comprising the 512,513,514 and 515th squadrons, were originally designated as a special task force under the command of Colonel Harry Halverson. The organization was composed of 231 officers and men with a complement of 23 b-24 liberator bombers. They were assembled at Fort Meyers, FLorida, to take off on a remarkable flight – The ultimate destination of which was unknown.

This website gave me a better sense of what my Uncle Robert J Coutre’ went through. He was with the HALPROs which eventually became the 376th Heavy Bomber Group. They flew out of Fort Myers. Their first mission was June 12, 1942. Thirteen B-24s flew to Pelosi.

My uncle was a waist gunner in the lead plane.

When my uncle died, my aunt sent me his scrap book with over 600 pictures he shot with a Brownie camera plus newspaper articles, a PR officer’s narrative, citations, metals etc. Missing was the identification of the personnel in the pictures. I did locate two comrades that are still alive as of 4 months ago. Both men were radio operators.