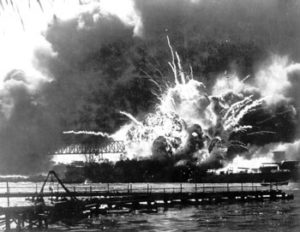 It is not generally known that the 376th has, within the group, an Air Force all its own. This Air Force is the Yugoslav Air Force, operated by Yugoslav nationals trained in the United Stated.

The made their debut in November 1943 in four B-24 Liberator bombers presented to them by President Roosevelt at Bolling Field on their completion of a year’s training in America. Teaming up with the 376th, The Yugoslav’s returned on November 16th to bomb hangars, administration buildings and parked aircraft at Eleusis Airdome, northwest of Athens, Greece.

It was from Eleusis that these same Yugoslav airmen escaped in their own planes when Axis troops over-ran Greece in the Spring of 1941. After receiving the liberators from President Roosevelt, the Yugolasv ferried them to Cairo, where King peter officially accepted them on behalf of the Yugoslav exile government,